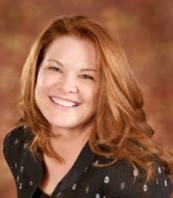 Skye’s New York Times bestselling novels are all about enjoying that little wild streak we all have, but probably don’t let out often enough. About those fantasies we usually don’t get the opportunity to indulge. About stretching limits, checking out the dark side, playing naughty and maybe even acting a little wicked. They’re about escape and fun and pleasure and romance. And, yes, even love, because Skye is ultimately a romantic at heart and a happily ever after kinda gal. Skye also writes romantic suspense as Joan Swan, weaving fast paced novels of passion, danger and suspense.Skye is a California native recently transplanted to the East Coast and living in Alexandria, Virginia, just outside Washington DC with her husband of 25 years. She has two grown daughters in college in Colorado and Oregon. In her free time she loves rowing on the Potomac. She’s always learning, attending courses and seminars in art and history and cooking.

Keaton Holt knows all about the badass throwdown—on the movie set and in the bedroom. As the only sixth-degree black belt stuntman for Renegades, he’s made a career of translating those fighting skills to the big screen. He’s sown his oats and is ready for hometown and apple pie. Too bad his rough exterior is a magnet for the women who think vanilla sex includes a drawerful of sex toys that could pass as weapons of mass destruction. So when he gets a second chance with the stunning personal assistant who looks like an angel and feels like home, he knows she’s exactly what he needs—and he’s ready to use all his best moves to keep her this time.

With a demanding new boss and a chronically ill nephew, the last thing Brooke Dempsey needs in her life is one more problem. Even if that problem is a sexy stuntman who knows exactly how she likes it. Keaton is just passing through, while Brooke is just settling in. Her nephew depends on Brooke, and her life is dedicated to getting him through this health crisis, but she’s not going to make the same mistake and part ways with Keaton before taking the chance to love him—just once.

But when Keaton pushes for a future, Brooke finds her heart torn over going after the love of a lifetime or giving her nephew a lifetime of happiness.

Purchase: Amazon
Add to Goodreads
Check out the other books in the Renegade series:

Keaton looked at the winding stone staircase that led to a patio and an entrance into the Four Seasons. He knew because he sprinted these stairs in the morning.
“Those will take you to the lobby.” He released her waist and fisted his hands to keep the hunger in the pit of his stomach from driving him to grab her back.
She stared at him as if he’d spoken a foreign language for a moment, then extended her hand. “Come with me.”
The offer was so…sweet. It encompassed everything Brooke was—real and loving and warm and caring and honest. It encompassed everything Keaton thought he wanted.
“I…” He raked a hand through his hair, struggling against his habit to give in to desire whenever it suited him. “I can’t. You’re too…”
Her hand dropped, and a little frown creased her brow. “Too…?”
“Too sweet. Too good. Too important to me. Just too.”
She exhaled, closed the distance again, and pressed her body against his.
Keaton closed his eyes on a moan.
“Some men say,” she told him, her voice a sultry hum, “that there’s nothing like a good girl with a dirty mind. Where you’re concerned, my mind is good and dirty.”
Fire flared through his groin, and he forced his eyes open.
She was looking up at him with a gaze like the sparkling Caribbean rimmed in thick black lashes. Eyes he wanted to see in every stage of pleasure. He wanted to watch her eyes light with fire as he teased her with the promise of wicked excitement. Soak in the need drenching her expression as he pushed her past her comfort zone until she begged for him. Lose himself in the wild passion unleashed inside her when he drove her to ecstasy. And finally, the shock and awe of bliss as she recovered.
But this was Brooke, not a casual hookup. If their situations were different…
But they weren’t.
“Stop fighting yourself,” she said. “I can see your thoughts battling behind your eyes. If you aren’t interested, just say you aren’t.”
“I am,” he said immediately, vehemently. “I’ve wanted you since I met you in Vegas. I wanted you in California. I want you now. But I’m backing off for the same reasons I did then. Because I’m me, and my life is this, and you’re you, and your life is…”
He heaved a sigh, disgusted that he could talk endlessly and flawlessly about shit that didn’t matter, but now, when he needed someone he cared about to understand, his words got all tangled.
“Okay, stop,” she told him, her voice compassionate. Then she pressed her cheek to his chest, tightened her arms, and said, “Just stop talking and hold me.”
He closed his arms around her and laid his head on hers, his gut aching with regret. “I’m sorry—”
“Shush.” She cut him off. “Now count to twenty slowly.”
“What?”
“Just do it.”
She had to be the sweetest drill sergeant ever. So he did it. But somewhere around nine, her hands found their way under his tee, and her nails scored gentle patterns on his back, draining the stress from his body. And he lost count.
After another moment, she pulled back to look up at him. “Let me put something into perspective for you. We haven’t seen or spoken to each other in a year. After tonight, I won’t see you again for a long time. Neither of us knows how long. It could be another year. It could be longer. So the idea of not being together now to keep a vital friendship intact isn’t very realistic.”
He frowned, mulling that over.
“I think the reason you’re twisted over coming upstairs with me is because you’re a really good person and you don’t want to hurt me. But I’m a big girl, Keaton, and I’ve been navigating my way through hookups for years. I may be sweet, but I’m very open to being whatever you want or need for the night.”
Holy shit. Keaton’s mind strayed deeper into those sexual thoughts again—undressing her, getting his hands on her bare flesh, pushing his hips between her thighs, having her completely and totally wrapped around him…
His resistance slipped a notch.
He lifted one hand and rubbed his face, hoping to pull himself from this haze. “I can’t think.”
“That’s a good thing.” Her hand slid down his chest, his belly, rested on the waistband of his jeans. “You’ve been thinking too hard.”
And she flipped the button open.

a Rafflecopter giveaway (selecting this link will take you to the group sponsoring the giveaway)
http://www.rafflecopter.com/rafl/sharecode/MjA4ZWI4ZWQ3NTUyM2VlYWJhMzFjOTYxNDNhZTI1OjEzODY=/r